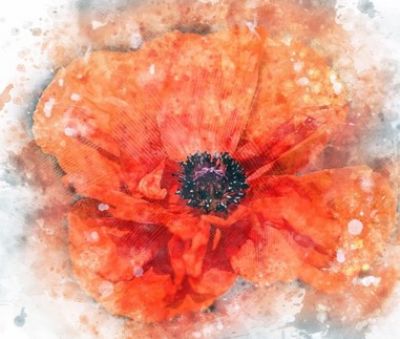 Every November we hold an exhibition in Holy Trinity Church to remind us how previous generations from Rudgwick served their country and sacrificed their lives. 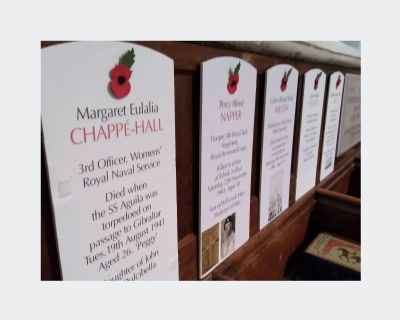 A display of photographs and maps shows who they were, where they lived and where they died.  Extracts from newspapers and parish magazines of the time help to tell their story.  Around the walls of the church are ‘headstones’ for all recorded on the Village War Memorials.  The places where they died read like the country’s battle honours: Ypres, Gallipoli, Jutland, Dunkirk and El Alamein. 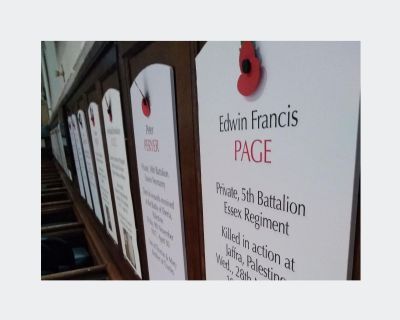 The records of the people who died, though less well known, provide an insight into the human side of global conflict illustrating the courage and service shown by so many.

This is a story that could be told in every parish in the country from the inner city to the rural hamlet. Here is a chance to see how one typical Sussex parish “did its bit” in two World Wars. 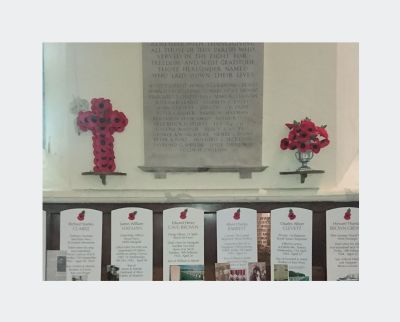